COB RGBW LED strip light is a new type of LED strip light on the market. Integrating the unique design of the onboard chip which combines the RGBW COB chip and the fluorescent film LED chip, is directly packaged on the PCB. Frees up space and expands the light-emitting angle, increasing the measure LED strip width to 12mm/0.47in, greatly solving the heat dissipation problem.

RGBW COB LED strip light, compared with the COB RGB LED light strip, with extra purer white color, the color temperature is 3000/4000/6000K option, work with the color-changing RGBW LED controller, you can control the single color(R/G/B/W) changing by the Bluetooth/Wifi smartphone APP control, can be also controlled by the third party, like Amazon Alexa, google assistant, with the timer/music/group function.

The input voltage of this RGBW LED strip light is DC24V, every 50mm/1.97in cuttable, total 840chips per meter, output lumen up to 1000-1200LM/m, softly achieve the whole roll without light spot, perfectly match with the LED aluminum channel or LED neon tube, which is an ideal choice for display, exhibition, under-cabinet, concave lighting applications, etc.

We can help you customize the length and waterproof rating, by inserting the RGBW COB LED strip into the silicone, and do waterproof at two sides, the wide will only increase 1-2mm, suitable for indoor & outdoor use.

You can choose the controller or power supply or controller plus power option for this COB LED strip. Of course, only the COB LED light is also completely possible. The difference is whether you need to control the LED brightness change of the COB strip and whether you can supply power to the light strip.

In the following table, we list for you which products you will get if you choose the kit. If you have other needs, please check our product categories.

What is the difference between new COB RGBW led strip and RGBW LED strip?

COB RGBW LED strip adopts the chip-on-board tech, with a smaller LED chip, and more density than the normal RGBW LED strip. The distance between both LED chips is so short that the whole roll is without a light spot.

Emitting angle of the RGBW COB LED strip is 180degrees, with the uniform lighting, the whole roll with more brightness than the ordinary RGBW LED strip.

Color Temperature: What is color temperature? 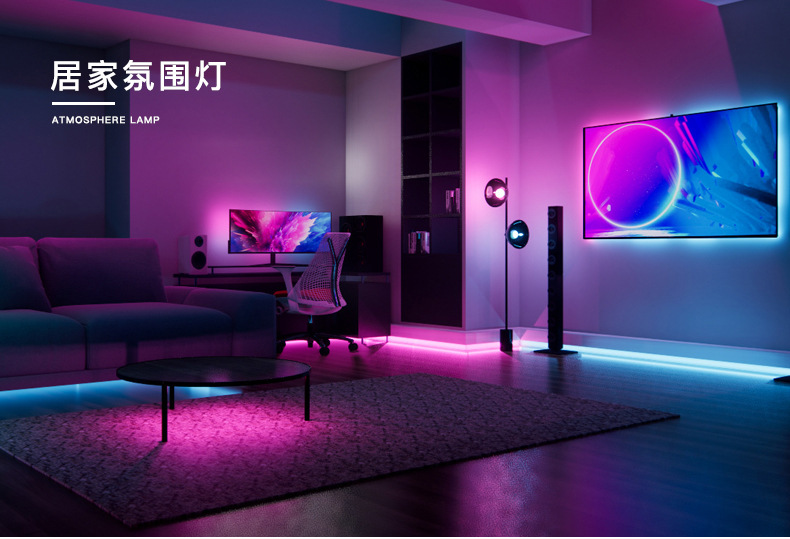 CRI (Color Rendering Index) is a measure of how well a particular light source renders vivid, natural color. Lamps, led tubes, or led bulbs with an index of greater than 90 are generally considered High CRI light sources, and will make food, jewels, or any other product come alive with bright, natural color. 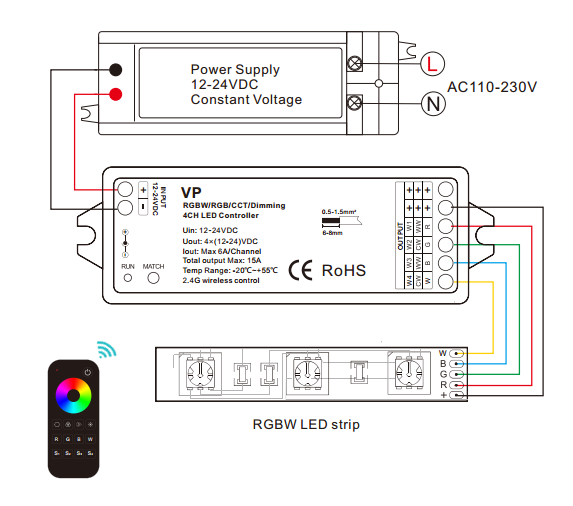 ►Everything you need to know before you buying led strip lights